0 $0.00
Your shopping cart is empty!
Categories
Newsletter Sign Up

An antibacterial or bactericidal substance is a substance with the ability to kill bacteria.

An antifungal or antifungal substance (also called fungicide or fungistatic) is a substance with the capacity to kill or limit the proliferation of microscopic fungi (eg substances that treat mycoses).

For the treatment of severe, bacterial diseases that do not respond to conventional antibiotics, viral structures are used. These are usually more successful where biofilms from a layer of polysaccharides protect the bacteria and cannot be penetrated by antibiotics. 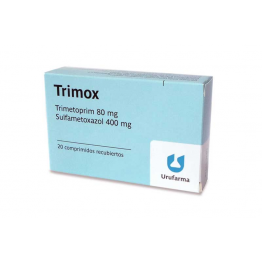 The septicemia, also called "sepsis" is a generalized infection that spreads throughout the body the blood. Sometimes we hear that sepsis is an infection of the blood. This is true in part, but the infection always has another origin, which is called the "initial infectious focus”.

Sepsis occurs when an initial infection is left untreated or poorly treated. The pathogen that causes the infection then spreads to the rest of the body through the bloodstream. The infection may be mostly bacterial, but it can also be caused by viruses, fungi or parasites.

Diseases that, if not treated, are most likely to degenerate into sepsis are:

·         An infection of the digestive tract: peritonitis or appendicitis

·         An infection that occurs as a result of a treatment: catheterization, surgery, etc.

Who is affected? What are the risk factors?

Sepsis occurs in a person who first has an untreated (or poorly treated) localized infection. This is followed by other risk factors:

Age: newborns and the elderly

A weak immune system (due to cancer, HIV, chemotherapy, etc.)

·         Sepsis is not contagious, but the pathogen (germ, microbe) that causes the initial infection can be.

·         Signs related to sepsis are not always easy to detect at first. As the infection spreads, we note:

In case of wound: redness, pain and swelling instead of infection

When sepsis is at an advanced level:

After a physical examination, sepsis is diagnosed by means of blood tests that identify the bacterium in question.

Antibiotics by intravenous or oral medication

In some cases, other measures are also needed, for example, drainage of an abscess

The only effective way to prevent the onset of sepsis is to have any persistent infection treated properly (with antibiotics), even if it seems benign.

According to WHO, antibiotic resistance is today "one of the most serious threats to global health, food security and development." This phenomenon leads to an increase in medical expenses, an increase in hospitalizations and, above all, an increase in mortality.

Thus, WHO recommends that antibiotics to which access is "required" be available at all times as a treatment against a wide range of common infections. For example, amoxicillin, an Antibacterial medicine widely used to treat infections. In the category of antibiotics to be used "with caution" are antibiotics recommended as first- or second-line treatment, but against a limited number of infections.

In particular, the experts recommend significantly reducing the utilization of ciprofloxacin for treating cystitis and upper respiratory tract infections for preventing the resistance from developing further. The category of antibiotics to be used as a "last resort" and the cephalosporin class.